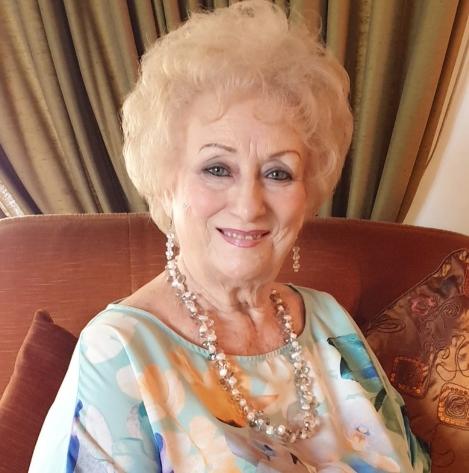 Barbara Veenemans is one of South Africa’s most versatile and respected opera Sopranos.  Barbara has been inaugurated as one of the Living Legends in the South African Legends Museum in 2020.

During her singing career spanning over a period of 50 years, she performed for all the main opera companies in South Africa to critical acclaim. As concert artist she not only toured through South Africa, but also through Namibia and Zimbabwe. Some of the highlights include, Adele in Die Fledermaus for PACT, Susanna in The Marriage of Figaro for PACT, Zerlina in Don Giovanni for PACT, Marsinah in Kismet for PACT, Resi in The Great Waltz for PACT, Despina in Cosi fan tutte for PACT, Karolka in Jenufa for PACT, Hanna Glawari in The Merry Widow for PACT, Kathy in The Student Prince for CAPAB, Saffi in The Gypsy Baron for PACOFS, Frasquita in Carmen for PACT, Annie in Annie get your Gun for PACT and PACOFS and Mascha in The Czarevitch for PACT.

She also sang Adele from Die Fledermaus during the Opening Ceremony of the State Theatre in Pretoria. In 1986 she appeared for the first time in the Who’s Who of Southern Africa. She was also one of the first South African singers to appear on South African Television in 1976. Thereafter, she appeared in several music programmes on television. She released an Afrikaans CD in 1996 with the title Kom Terug. Barbara is currently acting as Michelle Veenemans’s vocal advisor and is involved with the directing and staging of Michelle’s concerts. She also acts as compère at various functions and acts as music director during CD music productions.

Video right: Barbara Veenemans sings the exciting "audition airia", Spiel ich die Unschuld vom Lande" in Afrikaans from Johann Strauss' The Fledermaus. This was during Pacts's Opera Gala in 1986 in the State Theatre in Pretoria. What a Night at The Opera that was!
The conductor was János Ács.